A new day and a new set of adventures. We start off this day at Fish Creek Falls which we hike to both the top and the bottom of the falls.

From hear we head up to Hahn’s Peak Lake which is where I used to go fishing with my Grandfather, Father, and Brother. I had not been there in untold years but could still remember the exact spot and use to toss in my line and catch fish. Brought a tear or two of pure happiness. 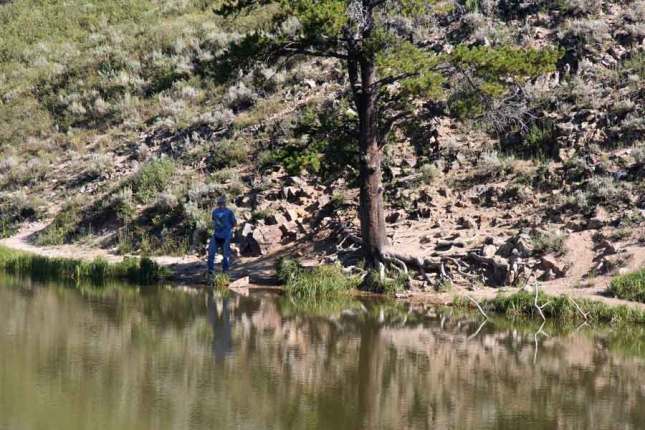 We return to Steamboat Springs to photograph the D&RGW Depot to also find Rio Grande Caboose #01502 standing near by.

We next head west down US40 until we reach Hayden where we bag our next D&RGW Depot.

We will continue west along US40 until we reach Craig. Here we will photograph the old Denver & Salt Lake Depot (later a D&RGW Station) and also photograph David Moffat’s Marcia Parlor Car. This car is marked Denver, Notherwestern & Pacific on one side and Denver & Salt Lake on the other. We found the car closed & locked even though all documentation we had said it should be open for tour.  Last time we were here it was open and there wasn’t a shelter over it.