It’s Day #2 of our mini vacation and today we head off in another direction.  It’s going to be another clear day but also HOT so we head out early and head to the Rolling Hills Wildlife Adventure in Salina, KS.  This “Zoo” is two-fold. the normal outside zoo and an interior Museum.

Also at this location is the UP Tescott, Kansas Depot that today is their old ticket office for the Zoo. 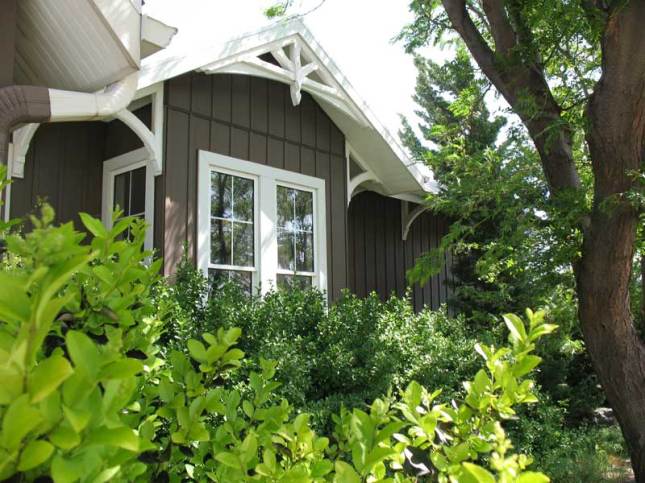 Our next stop is Lindsborg, Kansas (also know as Little Sweden) to track down a MoPac Depot and AT&SF Steam Engine and let the wife do a little shopping.

We then head for Newton, KS to track down a AT&SF depot and steam engine and well we found allot more, this is a major BNSF town with all sorts of other RR things to enjoy.  Here is a few sample shots…

Our final destination for the day before heading back to Wichita is Halstead where we will track down one more AT&SF depot. 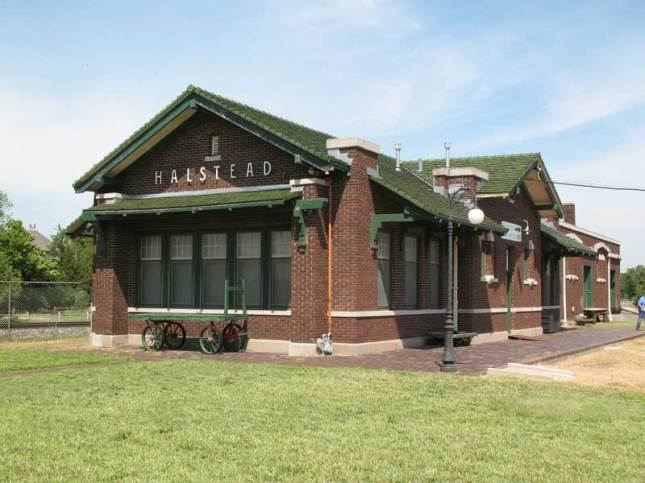 Posted by Stourbridge Lion on 05/04/2012 in RRAdventures, Trip Reports

We head to Wichita Kansas to attend my nieces college graduation and add some time before/after to make a mini vacation out of it.

Well our flight out turned out to be a Turbo-Prop but at least we sat far enough back to be away from most the noise. 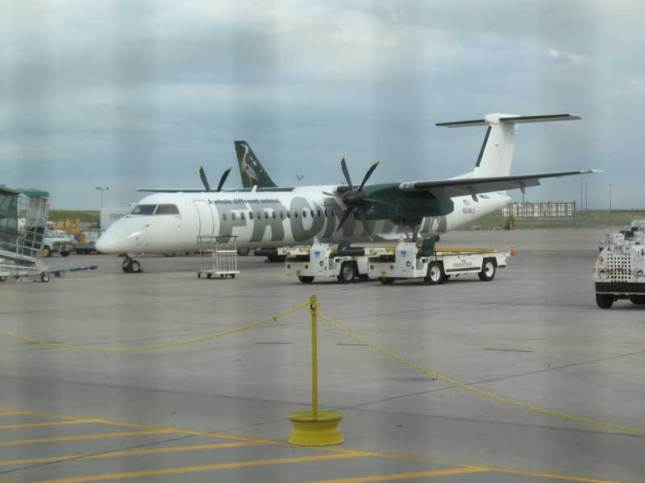 We get in to our hotel close to midnight and then get up early to start our next RRAdventures of 2012 by heading for Hutchinson, Kansas to track down some depots; including the Arkansas Valley Interurban Depot.

From there we head for Fort Larned National Historic Site near Larned, KS 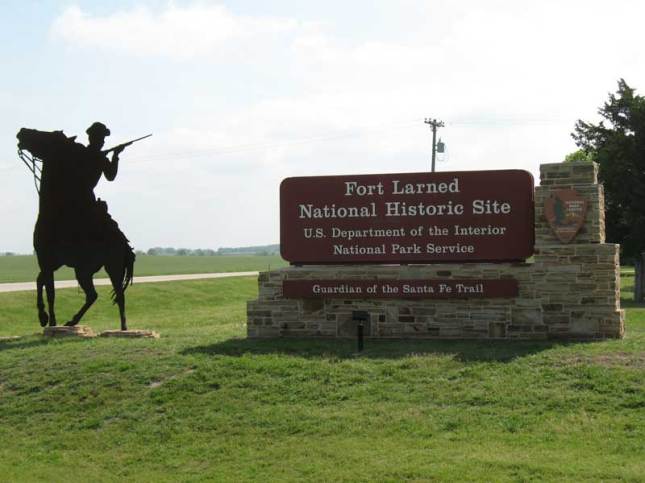 We then head down the road a bit to the Santa Fe Trail Center that has lots of historical stuff but not as much on the Santa Fe Trail as we had hoped but still very much worth the stop; especially since they have a depot there!  The depot is from Frizell, KS and is AT&SF 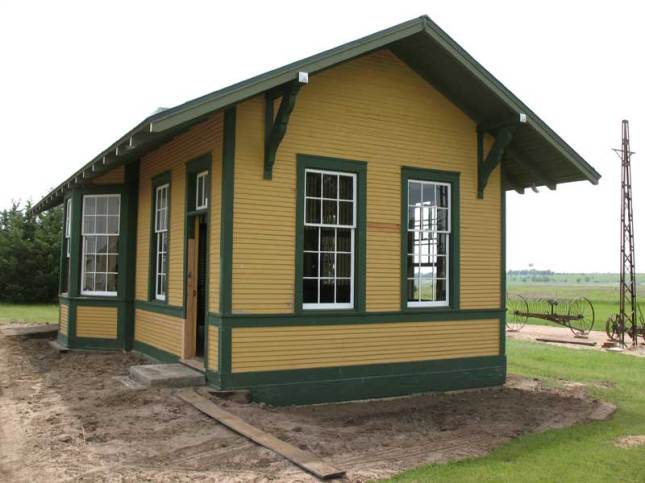 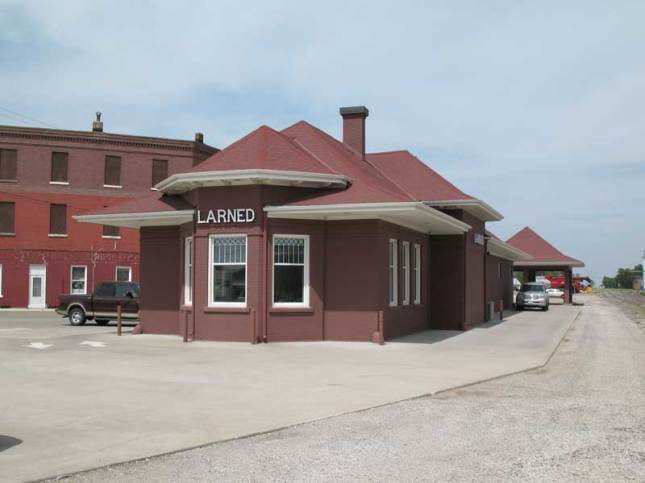 From there we head for Pawnee Rock, KS to track down their historical depot 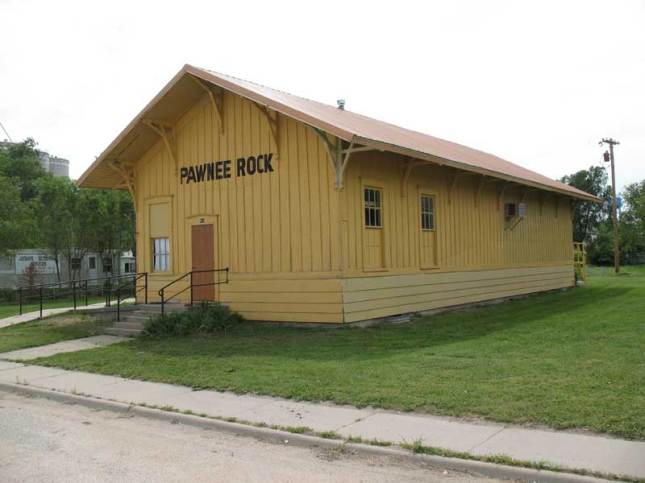 Our next stop in Pawnee Rock is Pawnee Rock itself which was a geologic structure that mark the midpoint of the Santa Fe Trail.  We also find a lone grave to Nehemiah Carson (PVT Mexican War) who died here from an unknown illness.

We don’t have much time left but we quickly pass through Great Bend, KS to track down AT&SF Steam Engine #3416 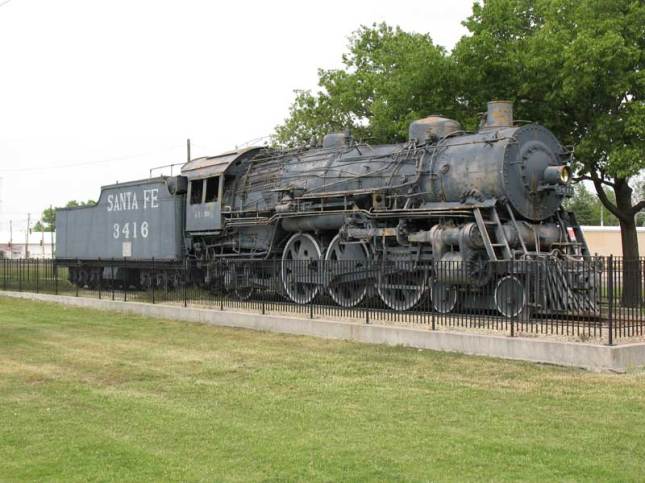 Time to head back to Wichita, Kansas to call it a night

Posted by Stourbridge Lion on 05/03/2012 in RRAdventures, Trip Reports

Narrow Gauge Steam Engine #12 will return to the Silver Plume, Colorado Depot along the old Colorado and Southern Railway line from Georgetown, CO.  Once the train starts it’s run uphill the video coverage will go non-stop capturing 100% of the ride.

Posted by Stourbridge Lion on 12/29/2011 in RRAdventures, Videos

Narrow Gauge Steam Engine #12 will start off at the Silver Plume, Colorado Depot and make its way along the old Colorado and Southern Railway line down to Georgetown, CO. Along the way it will make a stop at the Lebanon Mine Station. See it cross of the Devils Gate High Bridge going backwards as well as over a trestle and girder bridges.

Posted by Stourbridge Lion on 12/27/2011 in RRAdventures, Videos

Posted by Stourbridge Lion on 12/26/2011 in RRAdventures, Videos

Finally got around to putting together a video last night that I took on October 11, 2009.

Posted by Stourbridge Lion on 10/30/2011 in RRAdventures, Videos

Today we depart Cortez and head for Montrose for the night.  Our drive will take us through Mancos, Dolores, Rico, Lizard Head Pass, Trout Lake, Ophir, Telluride, Vance Jct., Placerville, Dallas Divide, and Ridgway.  Yes, we are following nearly the entire route of the Rio Grande Southern today taking lots of photos along the way. 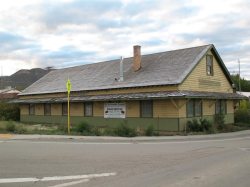 We will pass back through Dolores where we visited the Depot there along with Galloping Goose #5 but they are closed today which is why we rushed to get their yesterday.  So, onto Rico to find and photograph the Water Tank. 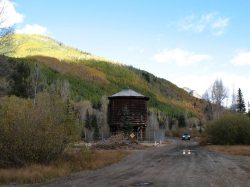 From there we head over Lizard Head pass (10,222 ft) and we are in luck to find Lizard Head Peak not completely covered in the clouds. 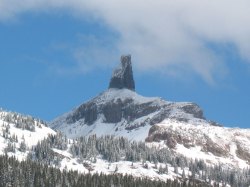 Note the Peak in the RGS Logo!!!

From here we head down to Trout Lake to find the Water Tank on this side of the pass. 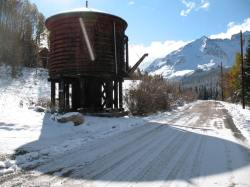 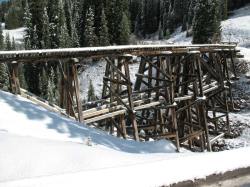 As we head down the canyon we will find an overlook where we can photograph the RGS roadbed across the canyon from the highway near Ophir.  No time today to try to get to the Ophir Loop but you can spot the roadbed easy from here. 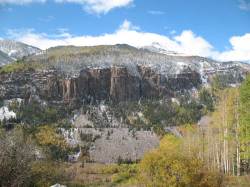 Turning off the highway, we head up to Telluride for lunch as well as find and photograph the depot here as well. 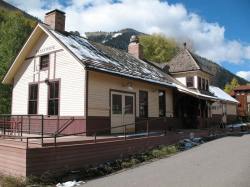 We once again head back to the highway and look for a turn-off that will get us the where Vance Jct. once existed and see if we can find the Coal Shoots as we have no other information on its location.  We had given up hoping finding it after driving up the dirt road awhile so we turned back to the highway and through the tress we spot it and record the GPS location and get a few shots from the road; too far to hike over to it today. 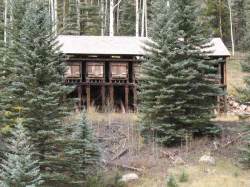 On to Placerville where we will find one ruin of the small trestles still to be found in the area. 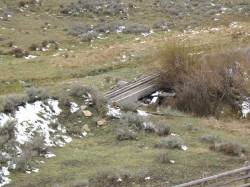 Then, up to the Dallas Divide Summit (8,970 ft).  There was a large trestle near here that sadly was lost to time a few years ago.  The only thing left near here now is the old Stock Yard used in loading/unloading into the RGS Stock Cars. 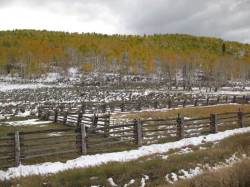 We reach Ridgway and stopped at the museum where there is various pieces of RR history to enjoy including Rio Grande Southern Galloping Goose #1 and #4.  Here is just a wide view of the area as I will save the close up shots for the full trip report. 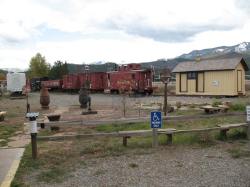 With that we have reached the end of the RGS line and head towards Montrose.  We heard there was an antique store that has a few D&RGW Boxcars / Stock Cars so we keep a look out for it on the way towards town.  Yep, there they are, three of them including the Stock Car; all being used to hold other antique items in them as part of the store. 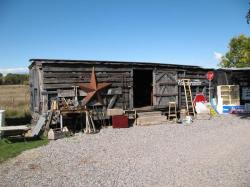 Once we get into Montrose itself we will also track down the D&RGW depot that is here as well. 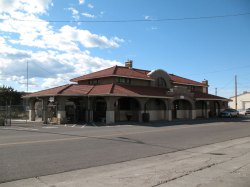 Well, not a bad Ghostfanning version of Railfanning as we found everything we set out too given what time we had before heading on to the hotel and find someplace to eat dinner… 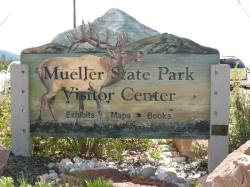 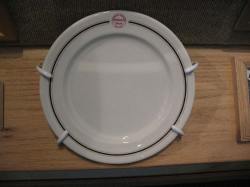 We will head south on Highway 67 to CO Hwy 64 following the Colorado Midland Route and photograph one of the remains of an old trestle. 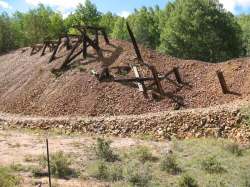 We will then head up to the old American Eagles Gold Mine as well as stop at the modern Cripple Creek and Victor Gold Mine. 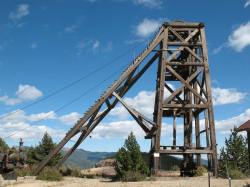 In April we took our first major vacation in a few years and headed to San Diego, CA.

Our second day we traveled to the Pacific Southwest Railway Museum and take a train ride; can you say CAB RIDE!

We will also take time now and then to catch RR Depot and Displays.

Near our Hotel were a couple of RR Yards and I did get a chance to go down and catch some action.

As part of our trip we also went to Balboa Park where the San Diego Model Railroad Museum is at; VERY NICE! There is also a nice little RR ride that we took time to photograph.